Family Life: What is this quirky new behavior in my little kid? 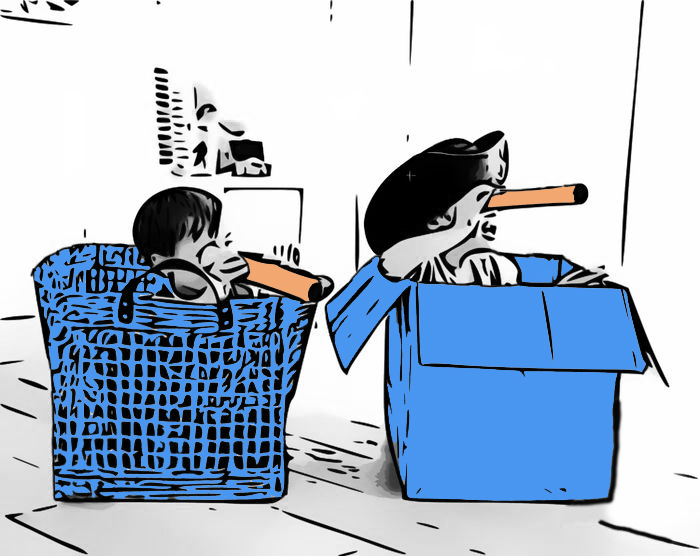 It is often the case that “just when we think we have things figured out,” the kiddo changes.

Is your little kid doing something you’ve never seen before? Are you wondering if this new challenging behavior is part of autism or something else?

Here’s WHAT you need to know….

Most kids have what we clinically refer to as asynchronous development. This term means that a child might make great strides in one area and then seem to drop back in others.

Changes in Toddlers and Preschoolers

A common one that I remember with my own kids was the development in motor skills and language. It could be that your child started really improving in motor skills, and you notice that the language development seems to be stalling. The reverse can also be true. Some kids start talking up a storm but seem to be making slower progress in terms of progressing from crawling, to walking, to running.

It can be okay in that kids do not develop on an even trajectory. However, there are a few signs to consider, listed below.

When kids take a “break” on motor skill development, you might watch carefully to see that the break doesn’t last too long, and that progress does seem to be happening.

After the important milestones of sitting up, crawling, standing, and getting from sitting to standing with ease, we want to see running.

Beyond running, we want to see toddlers learn to run smoothly around corners, climb stairs with alternating feet, jump with two feet, throw and catch a ball, stack blocks, open a jar, hold a pencil and draw some familiar shapes.

Any one of these skills may take more time than others.

Motor Concerns: The cause for concern would be when there is a longer period of delay, such as two or three months without progress. Another major concern is a regression at any point. Although people often refer to “regressions” as typical, they are rare and something to call the doctor about right away.

Language skills are stalled: There may be times when your child is surging ahead in motor skills, and taking a break on language.

With babies aged 9 months or older, you would want to hear some babbling sounds like “na,na,na,” “ma,ma,ma,” etc. Babies this age should be responding to their name by turning toward the speaker, cooing, or smiling.

By the age of 12 months, we want to see first words emerging.

By 18 months, we are looking for an 18 word vocabulary.

By 24 months, we would want to see the child putting two-word-phrases together like “mama, look” or “see truck” or “cute bunny.” Kids do often pick up a new word, say it once, and then drop it for several more months. That is normal.

Language concerns: The time to be concerned is when these milestones are passing by without progress. For example, a child who is 12 months and has not said his first word yet, but is babbling and approximating word sounds, would not be cause for significant concern. If the child reaches 15 months at the same level, it is time to get his speech and hearing checked.

Aggression: Sometimes toddlers and preschoolers may display some aggressive behaviors. Kids under 4 are often inclined to express their needs physically before they get the words down to express their needs verbally. That is only a major issue if the child is aggressive very frequently, tantrums almost daily, or seems to be making slow progress in expressing wants and needs.

But…what if…our child is acting funny and it’s none of these!?

If your child is just acting goofy, getting obsessed with an activity, or running you ragged with seemingly constant motion, this is very likely just fine.

With any new behavior, just keep an eye on it. Make sure it isn’t getting in the way of the child’s life AND isn’t going on for more than a few months.

And more importantly, remember to enjoy them! Their quirky uniqueness is one of the reasons we fell in love with them in the first place.

And in all things, you’ve got this. You rock. We’re here for you.

P.S. Comment below with how your child is doing!

How to keep cool during kiddo temper tantrums

Family Life: What’s Going On with My Big Kid?

Family Life: My kid is so rigid! How can I help?