Transitions: How do I help my child with change? 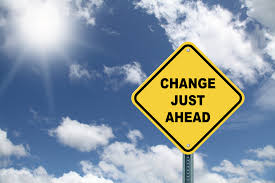 Transitions Can Be Tough!

Kindergarten may be the biggest transition for a child, particularly one who did not attend a full day preschool and particularly if that child has autism and it has not been yet identified and treated.

As school psychologists, Dr. Willard and I used to be very busy at the start of the school year supporting those kindergarten teachers and children as they worked to establish rules and routine. The kids with autism often hid under the table, ran from the room, or were found in the supply closet relishing the dark, quiet and confined space. Other times, they were found pacing the perimeter of the playground, in their own world, not aware of what their classmates were doing.

What can make transitions smoother…

This change was always a much smoother transition when a child had some social and ABA support in preschool, a school team who was able to put a plan in place in advance, and a parent who knew what the school could provide and how to ask for that.

In my district, years ago, we had ABA therapists contracted to support the special education teachers who supported children identified with autism. This support was in place for the first 3-4 weeks of school, establishing routines, behavior plans and goals and then they visited again mid-year to review. Certainly, when a team can prepare to offer the best support to a child, things seem to go more smoothly.

For kids with autism, sometimes a transition brings a much needed change.

I worked with a child once who had so much trouble in elementary school. Making friends was hard and getting his 504 Plan to be implemented was hard. His mother felt she was fighting with the school team weekly because they rarely agreed on what he would need.

We all held our breath as middle school approached, mom, son and me! Would the services be implemented there? Would the bullying and transitions from class to class be a disaster??

But change is not always bad!

Amazingly, that transition was awesome!

We did a re-evaluation to update data and clarify the supports that his 504 would need. He and mom did do a tour of the school in advance.

I’ll say, he got lost a few times in the first few weeks. Once, mom was called with a frantic, “We can’t find your son. He didn’t make it to gym class.” He was wandering the hallway confused, not too worried but quick to say he got lost and didn’t want to bother anyone.

BUT, he made friends. He joined a couple clubs, found a group of likeminded kids to sit with at lunch and he described his school as welcoming and with a great anti-bullying culture and it was lovely. He had a teacher push him to take a gifted language arts class. He did. And he still had some trouble with math, but his 504 was implemented successfully and consistently.

When transitions are harder

Sometimes transitions are not so lovely, and we must be ready to provide support.

I think for that family mentioned above, having the re-evaluation, having data to share, doing a tour and meeting some of the staff and teachers prior to middle school starting was very helpful.

When it’s a rocky transition, you want the school staff to know and like your child, to support him if he gets lost on the way to gym, and to add support and challenges as needed to create the best learning environment for him or her.

Transitions occur across the lifespan

Unfortunately, challenges with transitions don’t always end with middle school. We need to support transitions for our children with autism across the lifespan, from moving schools, moving towns, high school, to college or a new job. It’s likely to be harder for this child than it will be for his or her typically developing sibling.

I think what the success story above shows, though, is that with support and preparation, change can be a good thing.

Check out our website for more info about our parent portal and our ongoing assessments that can help you be prepared for your child’s next transition.

Let us know if we can help. We’re here for you!

How do you know it really works?